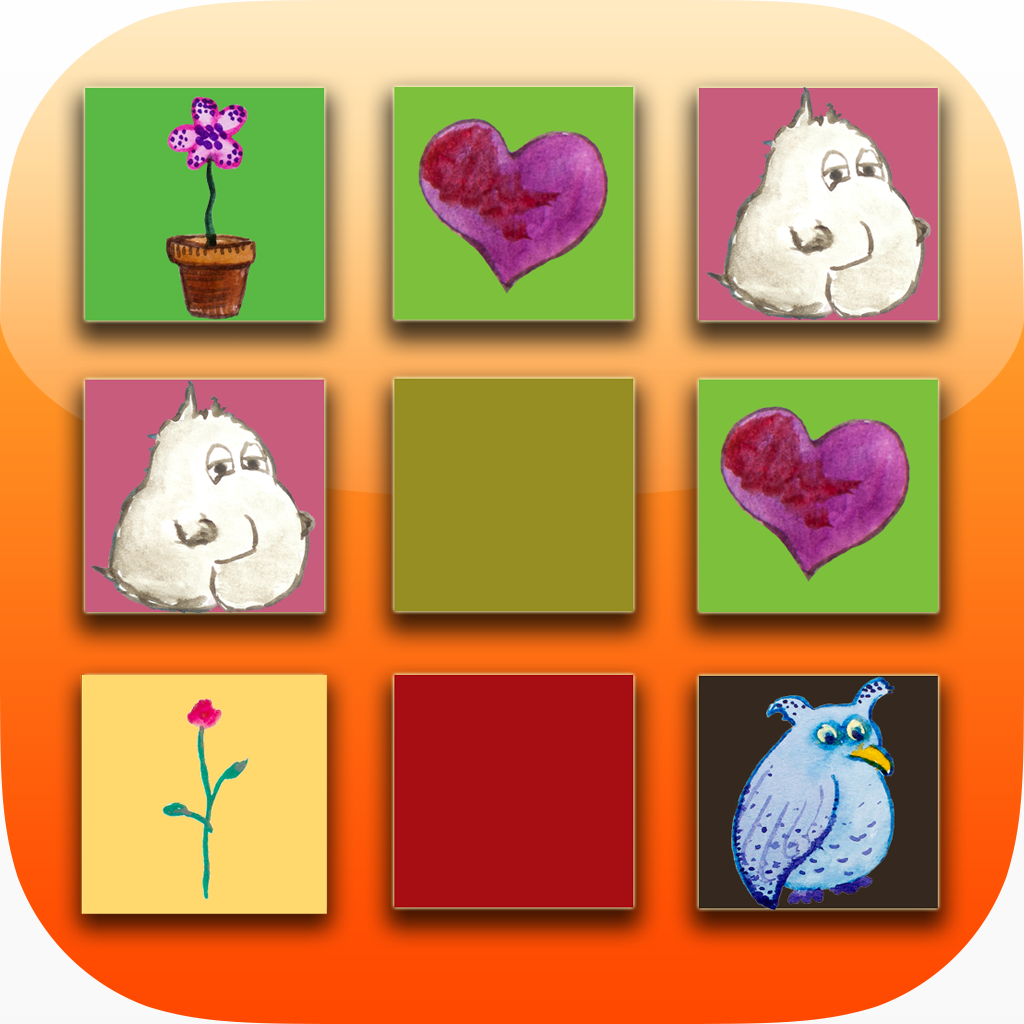 I finished the memory game “Two For Tea” (link to App Store Page) and uploaded it. It was published just before this weekend. As a free game. And it will remain a free game. So just go ahead and download it!

And now I’ve made another free memory game. It is basically the same, but with cartoon pictures drawn with color and pencil. The graphics were originally used in the children’s game “Snooble”. But, as Naja suggested: “Why not use those images. They’re great for a memory game”. And yes. They are.

Tonight, I’ve been formatting all the graphics for this memory* game (“Snooble Memory Game“), so it fits onto the cards in the game. And now, three hours later, after doing screenshots, filling out the forms and compiling code and so on, I’m ready to send in another little free memory game for review at Apple’s App Store.

* turns out you can’t use the word “memory” in a product, because someone already used that word for a product… so we’ve renamed it to Snooble Pairs